The European Union which is made up of 28 member states and governed by several institutions which include; European Parliament, the European Commissions and the Council of Ministers all which are responsible for the creating of laws concerned with the EU. After World War ll there was a call for the European countries to make alliances and prevent any extreme national behaviour from taking place again after the devastation it had caused. The Hague Congress which took place in 1948, bringing together delegates from all over Europe as well as America and Canada to discuss how to move forward from the after math of the Second World War, was saw as a huge significant moment in time as it was to be the beginning stages of the European Union.

The European Union which wasn’t actually formed and named until 1993 after much delegation from many countries is based on several international treaties which are all signed and approved by all of its members. The European Union operates using inter-governmental decision making and with its three institutions creates new laws when needed for all its member states. Once a European law has been passed all member states must implement such a ruling and this is where the UK and Scotland may be influence i.e. UK in terms of reserved matters and Scotland on devolved matters. 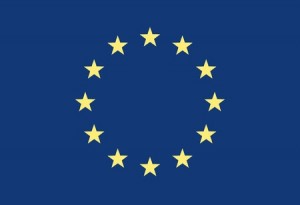 The European Parliament usually meet in Belgium in Brussels however there are monthly meetings in France at Strasburg. Members of the European Union that represent Scotland are not from specific regions or constituencies they are there to represent Scotland and its issues as a whole similar to how the Peers represent the UK in the House of Lords. As MSP’s roles are completely different to MP’s so are the roles of the MEP’s however if one chooses to do so they can have ‘dual mandate’ and be both a MSP and a MEP however no one as yet has had both roles at the same time.

The Relationship with the European Union and the Scottish Parliament

There is no denying that the Scottish Parliament want to build a solid and construction relationship with the European Union and strongly considers that the EU plays a huge part in achieving the goals set out by the Scottish Government. Scotland sees the EU as having the connections needed so that Scotland can prosper in terms of economy, business, investments and tourism. Scotland wants a strong standing within the European Union so that partnerships can be formed with those members who have likeminded ideas so that European institutions are forced to focus on issues that will relatively benefit Scotland. There has never been any denying that Scotland wants to have a firm and solid relationship with the European Union and its members as it feels that it has the qualities and advantages that Scotland desires in order to gain social and economic growth. Scotland makes its stance clear when it comes to the EU and they believe that the advantages the European Union can offer it far outweighs any concerns they have regarding the EU’s faults. As a whole it would seem that Scotland benefits from being a member of the EU and has no wishes to have their relationship dissolved.