The first insight in to the Scottish Parliament goes way back to 1235 that is not to say that a type of Parliament did not exist before this time but in terms of evidence it dates back to this date. On this date evidence suggests that an assembly took place in Kirkliston a place known just outside Edinburgh. The parliament was formed over time and consisted of nobles and church men who would gather information and inform the King in terms of legal issues and policies which in turn would be used to govern and devise laws. During this time already in place was a judicial role that Scotland performed along with political one to determine how certain aspects of Scotland should be run. The idea of these Scottish (assembly) meetings of noble and church men became important and began to show significance that knights and free holders also became a part of it with commissioners later joining in 1326. The growth of the Scottish Parliament which consisted of clerics, lay tenants in chief and burgh commissioners meant that they were acquiring great power, power which allowed them influence over Scottish grounds.

The Scottish Parliament was a growing entity in terms of its significance and the influence it had, already it had a certain amount of important control over law, the legal system, Scottish and Foreign policy not to mention its influence and decision making when it came to different types of legislation including taxation. The Lords of Articles play an important role in the history of the Scottish Parliament as it was their job to draft, prepare and deliver acts or bills for new laws and legislation. 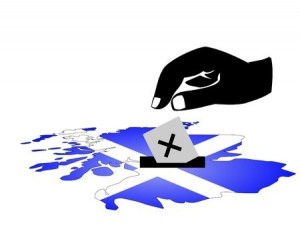 The sixteenth century marks important changes for the Scottish Parliament as it no longer monopolised Scotland new parties where forming which naturally unease the Parliament as for the first time they was in danger of losing power.

In the latter stages of the seventeenth century the Scottish Parliament began to legislate on more and more issues eventually there was a significant increase in the amount of new legislation being passed. The Lords of Articles during the reign of James VI was influenced by the Crown rather than Parliament taking its leads from much of what they desired, at one time Parliament would elect members for the Lords of Articles but now it seemed as though the Crown was taking over. However during the Covenanting period (1638-1951) there was another shift in power and the Scottish Parliament took back power but not for long as Oliver Cromwell invaded in 1657 forming an Anglo-Scottish Parliament.

In three centuries to date the Scottish Parliament still remains and in fact is growing significantly. In 1997 a referendum was held to establish whether Scotland should have a new devolved Scottish Parliament where they could manage legislation of devolved matters and it was voted in favour for, and in 1999 the power was granted by Westminster. In 2014 there was an in-out referendum to decide if Scotland should remain part of the United Kingdom and the Scottish people voted in favour.