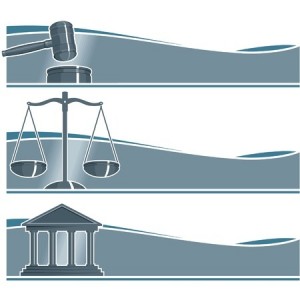 In general laws are made by the passing of a Bill. The Scottish Parliament are able to make legislation on decision concerning developed matters such as education, health, housing and social work but reserved matters such as defence, foreign policy and immigration are matters that can only be decided on by the UK government as they have a direct influence over issues concerning the United Kingdom as a whole. A Bill must be passed in order to create or amend an existing law, it is important to state that although governments can decide on new laws they must first receive Royal Approval to gain full legal statute. The Scottish Government use a different legislation process than that used by the British Government as they allow smaller parties as well as individual MSP’s and others who are not Members of the Scottish Parliament an influence and opportunity to introduce new Bills.

There are five different types of Bills;

The Shaping of Scotland’s Parliament report contained fundamental ideas on how the Scottish Parliament ideally should be operated. Within this report contained key features on the issues on Scotland having a ‘fairer’ government where as peoples outside the Scottish Government have a say and influence on decision making and legislation. A key principle in the report was the ‘sharing of power’ and the government has set about this by allowing individuals and groups such as committees to propose laws. One of the most recent Acts proposed and passed by a committee was the Scottish Parliamentary Commissions and Commissioners Act 2010.

Members of the Scottish Parliament have the right to introduce new Bills, within a one Parliamentary cycle a MSP can put forward two Bills but needs cross party approval for the Bill to be initiated. Tommy Sheridan was the first MSP to have a Bill passed which was the Abolition of Poindings and Warrant Sale Act 2001. Other Members of the Scottish Parliament such as Jackie Bailie have continued to have Bills passed, Disabled Person’s Parking Places Act 2009 and Mike Watson Protection of Wild Animals Act 2002.

A Promoter who can consist of an individual, a group or a company that wants to introduce or amend a Bill. The Bill is known as a Private Bill and the Promoter is the person or company who has influence over the Bill. With a private Bill, objections can be made so that the Bill is not passed, if there are any objections from an individual, group or other company as others may feel that this Bill would have an effect on them then their objection is lodged. In order for a Private Bill to be heard a Private Bill Committee must be established so that the Bill can be taken through the process of legislation.

At present there are no Hybrid Bills in any legislation process therefore no Hybrid Bill committee has been formed. A Hybrid Bill also known as a Public Bill, a Parliamentary Member can introduce a Bill which can directly affect the interests of a private interest or bodies in a way that can seem to be different to the private interests of individuals or bodies in the same area. Those that are likely to be affected can participate and be included any proceedings that take place. The first Hybrid Bill is set to be the Furth Crossing.