Members of the Scottish Parliament

There are currently 129 Members of the Scottish Parliament or as they are more commonly referred to as MSP’s, who are democratically elected by the people of Scotland. Scotland uses a different electoral system than the British do as they did not feel it was a fair system, a system that would not represent the Scottish people. They currently use the Additional Member System (AMS), which means during the election process the Scottish people have two votes. The Scottish people are able to vote for a constituency MSP and also can elect a further vote for a regional party rather than an individual member. The Scots believe that this allows more viewpoints to be heard in Parliament.
Members of the Scottish Parliament represent different constituencies in regards to developed matters. MSP’s are different to MP’s, which Scotland has 59 of who represent Scotland in Westminster in the House of Commons in relation to reserved matters. MSP’s can have a dual mandate which means they can represent Scotland as a Member of Parliament or a European Parliament Member. 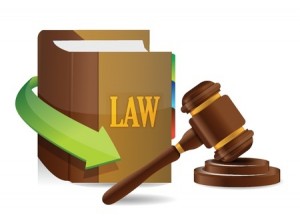 The laws that are made in Scotland are to affect the Scottish people only they do not have any influence over the United Kingdom as a whole nevertheless their law making and legislation decisions can affect the parts of the UK indirectly. As Scotland work under a devolution process were they are allowed to make decisions at a local level, the United Kingdom has overall power allowing Scotland to make laws on a variety of different issues but such issues must come under developed matters rather than reserved matters which only the Government that resides at Westminster can ultimately pass. Developed matters include; education, health, housing, social work planning, agriculture, forestry, fishing, sports, arts, tourism, heritage and some transport. Whereas reserved matters which only the UK Parliament has power to decide on include; UK Foreign Policy, Social Security, defence, finance matters, the economy, employment, immigration, nationality, monetary system, constitutional matters, common markets, data protection, equal opportunities, medical ethics, energy, and some transport all issues which have a connection with the running of the UK and European matters.

One of the core and fundamental principles when the Scottish Parliament was being formed was to allow the Scottish people to have a say on how the parliament should be set up so that their views were heard. “Shaping Scotland’s Parliament” report contained key features to allow smaller groups and individuals to be able to have a say over new laws rather than having a main powerful party dominated the legislation process. This was designed to allow a fairer government and to ensure that others outside the government could have an influence over decision making. At present there are five types of Bills;
 Government Bills
 Committee Bills
 Member Bills
 Private Bills
 Hybrid bills