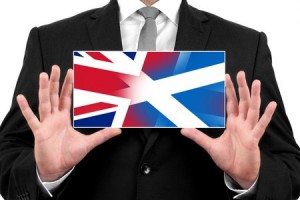 During 1998 and 1999 devolution took place when the powers that once governed Scotland shifted from central authority to create a regional government within the borders of Scotland. The Act of the UK Parliament now meant that Scotland could form their own government and pass laws however overall power remained with the UK Government and the authority of the Royals. Scotland did have the right to create, amend and pass laws concerned with devolved matters but any matters that had a direct influence up on the United Kingdom i.e. reserved matters had to be made by the UK Government.

The UK Parliament is situated in the Capital in an area known as Westminster as the UK Government is often referred to. England, Wales, Northern Ireland and reserved matters in reference to Scotland are all governed under Westminster by whichever government is in power at the time. The House of Commons, the House of Lords and the Crown are all elements that make up the UK government and between the three have overall power, where as the Scottish Parliament only have one chamber but any new laws must receive the royal approval. The first chamber of the UK Parliament, The House of Commons has 650 MP’s (Members of the UK Parliament) 59 of which are there from Scottish constituencies to represent Scotland on reserved matters. The second chamber which is the House of Lords has 790 members who are known as peers rather than Members of Parliament. The Peers are not from a constituency as Members of Parliament are but they look after the UK issues as a whole and not a particular region.

When electing Members of Parliament the UK uses the ‘first past the post system’, which means that whichever candidate at the time of elections gets the majority vote wins their place in government. The House of Lords are elected in a completely different way, it is the head of the monarch, the Queen that chooses the Peers of the House of Lords on the advice of the Prime Minister. The UK Government which is elected every five years on the first Thursday in May is created by the party or parties who have the most votes after the election has taken place and the leader of the party with the majority of votes heads the government as Prime Minster.

The Scottish Government is headed by the First Minister rather than a Prime Minister with the overall power resting with the Prime Minister however the leader of the UK Government usually has little or no say on developed matters concerned with Scotland. Scottish MP’s who operate in Westminster are not always Members of the Scottish Parliament as both roles are completely different to the other that said both it is possible to hold a ‘dual mandate’ where candidates can be a MP and a MSP.