The law in the United Kingdom 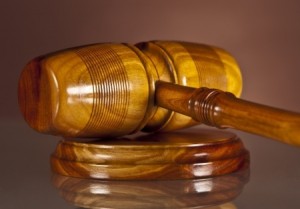 There are three legal systems in place in the UK. Those consist of English law, which is applicable to the law of England, Northern Ireland and Welsh law, which of course applies to the laws of that region, and Scottish law that applies to the laws of Scotland. The law systems that are set in place all can be dated back to the High Middle Ages, and there has been a legal system set up in place for centuries! There are different ways practised in all regions of the UK when it comes to legislative competence, but there is, substantive law that is applicable to the whole of the UK.

There is not one single legal system in the UK, as it has been set up and created by a lot of political unions of countries that had been independent prior to being in the UK.

Scottish Law Is Separate To the UK As Documented In 1707

There is an article written in 1707 that is called the Treaty of Union and this article created in writing in the Kingdom Of Great Britain. It also made sure that Scotland had a guaranteed separate legal system. Cases that have been heard in Scotland though, can still be referred to the Supreme Court of the UK which is the highest court for civil cases that are heard in England, Wales and Northern Ireland.

Scottish law In a Nutshell

Quite Simply the Courts in Scotland consist of the chief courts, which are the courts of session for civil cases, the high court of judiciary, for cases that are criminal, and the Sheriff courts which are for criminal and civil cases. So there are there main Scottish courts!

The Law in England

English law is the term used to refer to the law in England and Wales and this is made up of the magistrate’s court and the Crown court. English law is a term used for many a time, it is in reference to the legal and judiciary system of England and Wales. The underlying fundamental issues regarding English law is Judges making decisions using legal precedent. The Supreme Court of the United Kingdom has overall power in reference to all regional courts within the UK and their decision is final. The death sentence is not present in the UK at all now!

The Law in Scotland

Scottish law is very diverse and there are a lot of roots that are traceable to different historical times. There are a lot of elements in the Scottish law system that can be compared to those of Northern Ireland, Wales and England, however, there are a few different ones that have unique sources. The earliest form of Scottish law can be dated back to the 12th century when different cultural groups lived in the country. The Gaels, Anglo Saxons and Britons were the inhabitants of the region when the law was set into place. Methods that were imposed in the 12thcentry are methods that form the legal system in Scotland that is running today. Since 1707 the Scots have shared legislation with the laws of England and Wales.

Scottish law is a very diverse area of topic, and in recent months Scotland as taken a spot in the lime light because of the recent votes for Scotland to remain as part of the UK, or of course to separate. It was a very close call. Who knows what the future has to hold for Scottish law, but one thing that is for sure is that it will always make for interesting reading!